What is a CNC controller? Everything you need to know 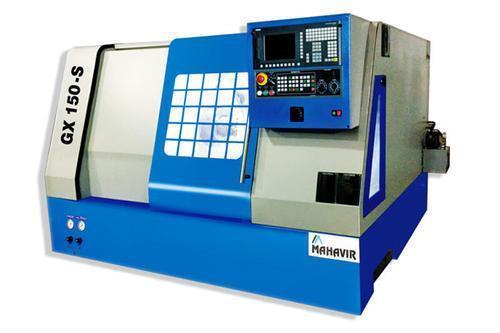 CNC is the abbreviation for computer-aided numerical control. In other words, the computer converts CAD-enabled planning into numbers. These values ​​are typically the coordinates of a graphic. This data also plays a crucial role in controlling the movement of the milling machine. CNC controls refer to the computerized numerical devices that control the operations of the machines and their processes. In general terms, a CNC controller is the brain of the CNC system. A controller acts as a link between the computer system and the mechanical components of the CNC device. The term “controller” is a general term. However, it usually stands for the entire machine control system.

What is a CNC controller?

The interpretation of signals through mechanical movements is usually achieved by controlling the motor. A CNC control consists of three underlying mechanisms. This is the CNC software, which is a program composed of various instructions, a machine control unit, and a processing device. Now let’s take a closer look at each of the mechanisms of a CNC control.

What is CNC software?

It is important to note that both the computer and the controller operate with the help of software. Three types of software programs are typically required. These are the operating system software, the application software and the machine interface software.

What does a CNC manufacturing facility consist of?

How is a CNC machine controlled?

The machine control unit is also referred to as an MPU. The MPU of the CNC control executes the instructions and programs step by step. The MPU consists of I / O interfaces, memory and CPU.

How does a CNC controller work?

A CNC device is similar to any other device in industry. These machines belong to the category of electromechanical devices that control the tools of the machine tools. To be precise, the CNC machines consist of a computer into which the machine operator enters the program. Here is the list of steps that the CNC will use to perform its tasks.

Computer-aided design plays an important role in the creation of 2D and 3D shapes. These specifications instruct the CNC controller to perform additional tasks.

This is where the CAM software comes in. It can convert the CAD file into CNC code so that the CNC control can read it easily.

When the machine operator has received a readable file, it is now time to prepare the machine. They also secure the workpieces so that the program in the controller can run properly.

When all the codes are ready, the machine operator can enter the program into the controller to get the desired output. These codes guide the machine through the entire process.

Interestingly, the way CNC controls select commands is also highly dependent on the internal circuitry. The software or the circuit board can quickly configure the circuit diagrams of the constructions for each individual controller.

What are the different types of CNC controllers?

CNC machines differ greatly in terms of the protocols used for industrial communication. Language and operation are crucial when choosing a CNC milling machine. Based on diversity, the CNC market is led by lathes. The CNC control systems in a CNC router can be classified based on the types listed below.

How do the types of CNC controllers differ?

The CNC movement type refers to the difference between the machine to be controlled. There are two types of control systems. The path control and the point-to-point control system.

The CNC axis control has five sub-categories. Let’s go over a brief overview of each of them.

We hope that you now have an overview of the basic principles of a CNC turning lathe. Each of these components work together, resulting in the desired motor movement. This also results in precise cutting of the material.