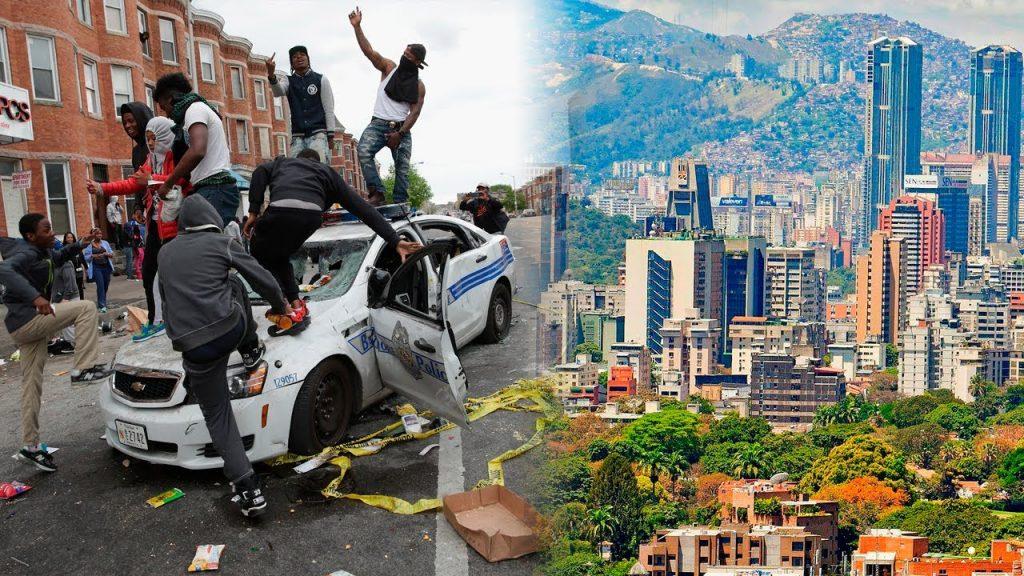 Check out the top ten most dangerous cities in the world in 2022! Whether traveling or emigrating, it’s important to know which cities and countries are safe. For this reason, we present a list of the most unsafe cities in the world, taking into account the crime rate per capita.

According to the statistics of the last two years, there are more than 270 million migrants worldwide who have chosen different parts of the planet to establish their temporary or permanent homes. While global tourism will experience a 4% increase compared to 2020, the US is the country with the highest number of immigrants. Find out which cities are the most dangerous!

Undoubtedly, Tijuana is already seen as the most dangerous city in the world in 2022. One of the alarming facts for tourists and its residents is that both per capita poverty and crime rates seem to be on the rise. Every year.

Los Cabos is a peninsula located in northern Mexico. It has approximately 200,000 residents, and although it is one of the most visited cities, it reports a poverty rate of 25.4% and a homicide rate of 138.26 per 100,000 residents.

Los Cabos’ geographic location has made it one of the most important tourist destinations in the world. However, the US government has issued various reports warning travelers to take extreme precautions when visiting the Mexican city, as its violence rate is seven times higher than that of cities such as Chicago.

Since the 1970s, the port of Acapulco has established itself as one of the most visited tourist destinations in Mexico and the world. However, over the years, the city has gradually gained recognition as one of the most dangerous cities in the world, a trend that is on the rise.

According to statistics, Acapulco has 111 violent crimes for every 100,000 residents. What sets this city apart from other equally violent cities is that the median per capita salary is approximately $59,000, which puts its poverty rate at 44.5%.

The poverty rate in Caracas, Venezuela is approximately 92%. This Latin American city averages 111 violent crimes per 100,000 residents per year. That ties Venezuela with Mexico, at least in terms of violence rates.

In addition to social problems such as drug and alcohol abuse, the poor conditions in which many live are also one of the reasons for the high crime rate. For example, one of the things that differentiates Venezuela from Acapulco is that the former is a dangerous city that is not among the most visited tourist destinations.

Brazilian beaches have attracted the attention of tourists from all over the world for years, but one of the factors playing against countries like Brazil and Mexico is high rates of violence. Therefore, most of the tourists have opted to visit other safer destinations in other parts of the world.

Over the past decade, Ciudad Juárez, Mexico, has come under global scrutiny as one of the most dangerous cities in the world, and what’s more surprising is the rising rate of violence, especially against women. Over the years, Ciudad Juárez has been classified as one of the areas representing the greatest danger to citizens and tourists.

Another Brazilian city that made the list is Fortaleza, Brazil, a tourist destination with a population of over 2.6 million people who try to protect themselves from daily attacks, home robberies and murders.

Statistics show that at least 14 murders are recorded every day in Fortaleza, Brazil. This means that out of every 100,000 residents, 83.5 will be victims of a violent crime that, in the worst case, ends in death.

Dangerous cities Irapuato, Mexico: Irapuato is a Mexican city with a population of approximately 468,000. It is a tourist destination that attracts thousands of visitors a year, but little by little it has become one of the most unsafe cities in the world.

Rabuado, Mexico has a poverty rate of 34.3% and an estimated 81 homicides per 100,000 residents per year. At the same time, other forms of crime such as assaults, house robberies, kidnapping and extortion occur.

Ciudad Bolivar is not one of the most sought-after destinations by world travelers, but it is a city with a reputation as one of the most dangerous cities in the world, with 69 crimes per 100,000 residents.

Security experts believe that natural disasters and a lack of good-paying jobs have led to an increase in assaults and robberies, which may continue to rise in the coming years.

After Latin America, South Africa is one of the most dangerous cities in the world. It’s Cape Town, a tourist destination that attracts about 850,000 tourists a year, who faces a violent rate of 66 crimes per 100,000 residents.

Cape Town, South Africa is believed to continue the list of the most dangerous cities in the world, not only for residents but also for tourists who want to enjoy its beaches.

The Climatic change has changed way we travel in many ways.

What Are the Advantages of the UK Standard Visitor Visa?

The Advantages of a Private Transport in Mexico City.